SAN CLEMENTE, CALIF.—August 8, 2016—ReShape Medical Inc. today announced the appointment of Michael J. Mangano as President and Chief Executive Officer. Mr. Mangano, whose 20 year career in the medical device field has included numerous commercial leadership roles, joins ReShape Medical as the Company marks one year since the U.S. Food and Drug Administration (FDA) approved its ReShape® Dual Balloon. Mr. Mangano’s most recent accomplishments include his success in growing device manufacturer Sirtex Medical from $34 million in revenue to over $130 million, during his six years as President. In this role, Mr. Mangano consistently over-delivered on the Company budget through strategic investments in people, marketing and programs. He developed a high-energy culture and drove results, bringing about a tenfold increase in the Company’s market capitalization, to more than two billion dollars.

Prior to his role at Sirtex Medical, Mr. Mangano served 15 years at Boston Scientific, where he most recently functioned as Director of International Distribution Management on the senior leadership team. In this role, Mr. Mangano was responsible for building and leading an international function that managed global distributor models, strategies and processes in 94 countries across Europe, Asia Pacific, the Middle East and Latin America. During his time at Boston Scientific, Mr. Mangano also worked on leadership teams for multiple mergers, acquisitions and divestitures. He has extensive experience in the GI endoscopy and interventional cardiology device markets.

Mike has demonstrated success in combining new therapies and practice development that will be paramount to the success of ReShape Medical. The Board of Directors is confident that his outstanding track record of helping global medical device companies reach strong, profitable growth, and his significant experience in the endoscopy space, make him the best choice to help take the Company to the next level in delivering commercial excellence to our customers and their patients.

“I am looking forward to joining the outstanding team of professionals at ReShape Medical who are working diligently to deliver a non-surgical treatment option that is helping so many who struggle with their weight, finally reclaim their quality of life,” said Mr. Mangano. “The Company has experienced significant momentum since receiving FDA approval for the ReShape Dual Balloon. My goal as President and CEO will be to continue to grow the strong customer base, so that more people will have access to this safe and effective non-surgical weight loss treatment.”

Driven by a passion to address the worldwide obesity epidemic, ReShape Medical developed the first and only gastric balloon of its kind to be approved by the U.S. Food and Drug Administration. The ReShape Integrated Dual Balloon System involves a non-surgical weight loss procedure that uses advanced balloon technology to help people with a 30-40 Body Mass Index (BMI), and at least one co-morbidity, lose weight. The ReShape Procedure provides a new option for individuals who haven’t succeeded at diet and exercise alone, and do not want or do not qualify for bariatric surgery. Two connected balloons are placed into the stomach during a short, outpatient endoscopic procedure. The balloons remain in the stomach for six months and are then removed. During balloon treatment, and for six more months following removal of the balloons, the patient receives nutritional counseling and access to exclusive tools to help them achieve their weight loss goals. The ReShape Procedure was approved by the U.S. Food and Drug Administration in July of 2015 and has been available in Europe since 2011.
ReShape Medical Inc., is a venture backed company with reputable investors: Endeavour Vision SA, US Venture Partners, New Leaf Venture Partners, Healthcor Partners Management, L.P., and SV Lifesciences. Additional company information can be found at https://reshapelifesciences.com/

RESHAPE and the RESHAPE MEDICAL Logo are registered trademarks of ReShape Medical, Inc. 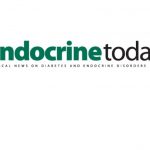 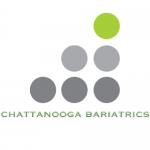