Obesity may be on the rise, but the market for weight-loss pills is not.

According to the Center for Disease Control and Prevention, more than 70.7 percent of the U.S. adult population is considered obese or overweight. So why is it that multiple FDA-approved weight-loss drugs seemed to have failed? Simply put, doctors aren’t prescribing them, insurers won’t cover them, and patients aren’t asking for them.

Michael Narachi, president and CEO of Orexigen, says one of the main reasons why doctors aren’t writing scripts for these weight-loss pills is because most were trained at a time when obesity wasn’t considered a disease. Ania Jastreboff, M.D., Ph.D., and assistant professor of adult and pediatric endocrinology at Yale School of Medicine agrees, adding that a significant amount of education and training in the area is still needed.

“Because obesity wasn’t recognized as a disease in and of itself, and many people still don’t recognize it as a chronic disease, it wasn’t being treated as such and it wasn’t being taught in medical school,” Jastreboff said. “Nutrition would be allotted perhaps a day or two – if that – and physical activity, even less.”

Doctors have also been hesitant to prescribe some of these drugs since they have been shown to cause adverse effects.

“In the past, anti-obesity medications have had a bit of a sordid history in terms of negative side effects or even negative medical consequences, including cardiovascular events, stroke, depression, and suicidal ideations,” Jastreboff explained.

Another barrier is insurance coverage. Unlike public health systems that are committed to dealing with obesity-related issues, U.S. insurers will not cover the same patient long-term.

Then you have patients who are hesitant to ask for these types of drugs. Many of them are not convinced about the efficacy of the drugs, know taking them won’t lead to overnight success, and understand that a drug may only help them lose 5 to 10 percent of their body weight, which often isn’t enough.

As for Orexigen, the company once had plans to market the weight-loss drug Contrave through a 900-member sales team at Takeda, but in March, the Japanese drug maker dropped the partnership. Orexigen has instead focused on making changes to its upper management, hired 15 regional sales managers, and partnered with Valeant Pharmaceuticals to sell the drug in Europe.

Meanwhile, Jasteboff is focusing on physician training across the U.S. and caring for her patients. She says there has been definite progress in the areas of education and is glad there has been a shift to test and develop new medications that will give doctors new options in helping their overweight and obese patients.

Patients are often fearful or doubtful when it comes to taking weight-loss medications. You may want to talk to your patients about ReShape® – a non-surgical weight loss procedure that has helped patients lose up to 81 pounds in just six months. Learn more about how you can help patients with a BMI of 30 to 40 achieve life-changing weight loss without surgery. 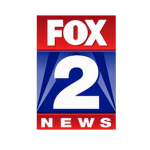 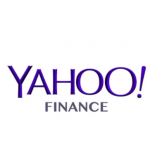 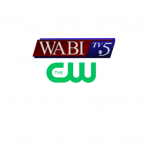