The market for weight loss devices has seen a flurry of recent activity, most recently with the FDA approval of an intragastric dual balloon system from ReShape Medical® (San Clemente, Calif.).

The FDA approved ReShape‘s weight loss procedure in adults with a BMI of 30 to 40 kg/m2 and a related health condition who have not been able to lose weight with diet and exercise alone and do not want or qualify for bariatric surgery.

Single intragastric balloons have been available outside the U.S. for about 30 years, Rick Thompson, president/CEO of ReShape Medical, told Medical Device Daily.

“We know single balloons work, but there is room to improve,” Thompson said.

The ReShape Dual Balloon system is inserted in the stomach endoscopically and filled with saline. The balloons are left in the stomach for six months and then removed.

“The dual balloon design offers three big advantages over the single balloon devices”, he said. “First, because the system includes two balloons used at the same time, the ReShape system occupies more space in the stomach so patients eat smaller meals, with the goal of losing more weight. Single balloons hold about 500 CCs of saline, whereas ReShape‘s balloons hold a total of 900 CCs (about 450 CCs in each balloon)”, Thompson said.

The ReShape balloons are attached to a flexible shaft that allows the balloons to conform to the natural shape of the patient’s stomach. Thompson said the flexible design was intended to make the dual balloon more tolerable than single intragastric balloons, even though it’s bigger.

The ReShape Balloon also offers some safety advantages over traditional single balloon devices, Thompson said. He said the biggest risk with intragastric balloons is that they sometimes deflate prematurely and move into the intestines, causing a dangerous bowel obstruction that often requires emergency surgery. ReShape designed the two balloons in its system to be independent of each other so that if one balloon deflates, the other should stay inflated and act as an anchor in the stomach to prevent the device from moving into the intestines.

As another precaution, Thompson said the ReShape balloons have blue dye in the saline and patients are trained to call their doctor if they see blue dye in their urine indicating a possible deflation.

“This is the first non-surgical weight loss device approved in the U.S. since the mid-80s,” Thompson said.

As with most of the weight loss procedures currently in development or on the market, ReShape patients are expected to participate in a 12-month program to learn how to modify their behavior and eat smaller meals even after the balloon is removed. The idea behind the educational component of the process is to help patients maintain the weight loss long term.

Last year the company published a study that showed 50% of ReShape patients were still losing weight at the end of the 12-month program, even six months after the balloons were removed.

“With the right program you can be really successful with this, even though the balloon is out,” Thompson said.

To read the full story on MedicalDeviceDaily.com click here. 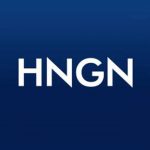 HNGN Reveals the ReShape® Procedure is Approved by the FDA 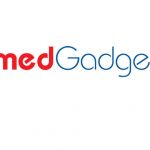 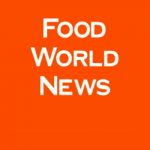